It is now possible to control the process without the involvement of human interaction. There are billions of physical devices that are connected to the internet. This makes the whole scenario smart and responsive.

With the help of IoT, it is now possible to switch on the bulb using your mobile app. This saves time and makes the operation smart. It is helpful in professional and personal life.

What is the internet of things?

It is defined as a system of interrelated computing devices, digital machines and mechanical machines with unique identifiers. They have the ability to transfer the data with no human to a computer or human to human.

How is it working? 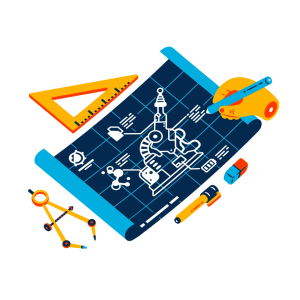 There is a web-enabled smart device that uses the embedded system. These smart devices are sensor, processor and communication hardware. IoT devices share the collected data by connecting to an IoT gateway.

With some kind of connectivity, the sensors and devices of IoT systems talk to the cloud. When the data is in the cloud the software processes it and performs the core of the action.

With the help of a user interface, a user can easily check on the system. If the user wants to make any adjustment, then those changes are sent back to the sensors. It is also done through the user interface system.

There are four components of the IoT system. Each component performs its action. These components are as follow:

The sensors or the devices collect data and this could be either a simple task or a complex one. There is not a single sensor but multiple sensors that are bound together. For instance, a mobile phone could also have many sensors.

The sensors or devices are connected to the cloud. It includes varieties of methods like WiFi, Cellular and Satellite and Bluetooth. On the basis of specific IoT applications, the best connectivity option is chosen. The task of all the options is the same i.e. to collect the data and send it to the cloud.

The software performs its operation over the collected data. It could be either simple or complex. For example, reading the temperature is counted as simple. The complex could be using computer vision on the video to detect objects.

When the IoT is used in the medical line, it is referred to as smart healthcare. It is because the technology is integrated into the healthcare service. It can be useful for enabling the monitoring of remote health. It can be useful in a wide range of applications.

When the IoT is used for industrial purposes it is known as IIoT. It requires operational technology, people and locations. It helps to monitor and regulate the industrial systems.

Due to wireless infrastructure and the digital control, there is a large amount of automation. The machines could able to communicate with each other with no single human intervention. This makes the process automated and fast.

The monitoring is the other advantage of IoT. You can easily predict the air quality of your home. Even you can know the expiration of the product with the internet of things.

The IoT could be quite large so the amount of time is saved. This is another advantage in today’s fast time theme.

Improve the quality of life:

There could be good management of life. Even it also includes comfort and convenience. Overall it improves the quality of life.

The disadvantage of IoT:

The network of IoT is quite complex. Even for the small fault, it is difficult to remove it in the software and the hardware system. The power failure could cause a serious inconvenience.

In IoT, there are different devices interconnected which are manufactured by different companies. Hence compatibility is another issue in this kind of system. This compels people to buy the product of a specific manufacturer; this gives rise to the monopoly of the manufacturing company.

Relationship between cloud computing and IoT: 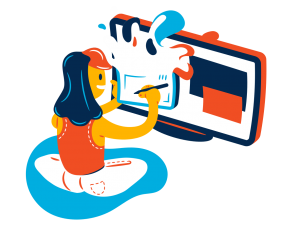 The relationship between IoT and cloud computing is complementary. IoT architecture offers effective communication between all elements of architecture. This could be as follow:

With cloud computing, the collaboration of IoT development becomes easy. The developers can easily store and access the data on the cloud platform. The monitoring of IoT devices is also done using cloud computing.

The security updates can also be received at back-end infrastructure if the IoT devices use the common APIs. This is a vital parameter for privacy and security.

So when cloud computing is used with IoT it brings out many advantages. This is the reason, cloud computing is mainly used in IoT development. It makes working smart and advances as well. Hence many other benefits are also taken out.

At the present time, IoT is in the progress of the early stage. Many of the big companies are planning to adopt it. There is still research taking out to have some smart approach. Hope in the coming few years, it will be a part of every profession and domain.

All over the things now getting automated and for this IoT is mainly responsible. It will bring out a more advanced scenario that will change a life. IoT will also find its applications in many other domains.

Sridix Technology is a service-based mobile application, SEO service, Website Design and Development Company in Surat, India. Founded in 2016, the corporate provides custom Enterprise, Web, Mobile, Cloud & Analytics development services. The team of Sridix is headed by technology professionals from Top B-schools, having 3+ years of experience Within the technology arena.

Why not subscribe to our email list? Get the latest design trends and industry news in your inbox.

Open chat
Sridix Technology
Hello,
Can We help you?

GET A FREE QUOTE NOW, JUST ENTER YOUR MOBILE NO.
WE WILL CALL BACK YOU SOON...