Sridix Technology is one of the leading Ruby on Rails Development Company in Surat and website development companies. Located in Surat, it is providing technical services globally. Founded in 2016, this firm is offering world-class development for web, mobile, cloud and analytics.
It is a team of experienced developers who are innovative in their idea. Besides that, there is the use of the latest technology. This gives out the quality result to the client. Due to this, it gains the tag of the best Ruby on Rails Development Company in Surat.
Here we will discuss everything about Ruby on Rails. So if you want to explore something about RoR then stay here with your reading.

What is Ruby on Rails?

Ruby on Rails is open-source software that is easier to think about. It has everything you need to build fantastic applications. Under the MIT license, it is a server-side web application framework which is written in Ruby. It encourages the use of web standards such as XML and JSON for data transfer. For the user interfacing, it uses CSS, HTML and JavaScript.

The framework supports PostgreSQL, SQL Server, DB2 and Oracle. It is also an MVC (Model, View, Controller) framework. Here all layers are provided by Rails.

Use of Ruby on Rails:

It is suitable for many programming tasks. Every programming language and technology stack is implemented to solve the problems.

Difference between Ruby and other programming languages:

Ruby on Rails is a Web framework but Ruby is a programming language that is based on the object-oriented concept.

Some of the interesting facts about Ruby:

Difference between Ruby and other programming languages: 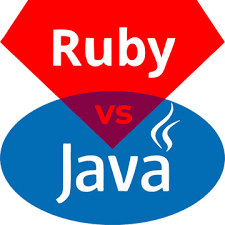 Where to use Ruby on Rails for the project

Use of Ruby on Rails Framework:

RoR is widely used in implementing simple to complex web structure. Multiple types of web products can be easily created using this technology.

Some of the platforms where RoR is widely used are as follows: 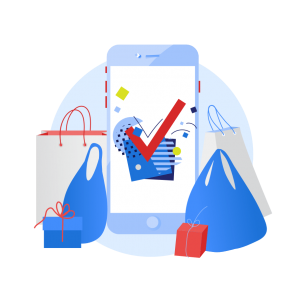 When it comes to e-commerce platforms, it is important to build a secure web app. From the payment gateway to the help desk, everything should be secure. Moreover, it is also important to protect the personal data of the user. When any eCommerce company is providing a security feature to the consumer it directly impacts the sale. At this point, the Ruby on Rail is the right choice.

For startups, RoR is the most suitable technology. When it is about MVP web development and building prototypes, the framework can be easily applied. The popular platforms like Twitter, Dribble and GitHub are created with Ruby on Rails.

For the building of a SaaS application/product, it is important to integrate security. Here also Ruby on Rails is the right choice to consider. There are various factors that make the information protected within the framework. The common SaaS apps which are built with RoR based technology are GitHub, Zendesk and Basecamp.

Characteristics of Ruby on Rails:

Turbolinks: Sometimes, the web pages are reloaded at a very low speed. With the help of the turbo link, only the content is reloaded. The whole page is not reloaded.

Rails API: You can generate the API and the middleware is clean out which is not necessary for the application.

Rake command: The rake restart command is used to restart all the apps. This kind of feature is available in Rails 5.

AJAX Library: An extensive library of AJAX functions is provided by rails.

Action cable: This framework is used to extend the rails via Websockets to add some functionality.

New mailer: New methods like deliver_later and deliver_now are used instead of #deliver! and #deliver.

Pros and Cons of Ruby on Rail framework:

Advantage of Ruby on Rail framework:

The ruby on rail is easy to learn. For an experienced person, it is easier to learn.

It is a pragmatic language. There is little artificial complexity in RoR as compared to other languages.

Due to the similarity in the software development principles, rails are easy for programmers to switch. Developers have to write less code in Ruby on Rails. This is why the development of a web application is fast.

There is a vibrant community in Ruby on Rails. The active members contribute to the elaboration of technology. One can get great support from the community.

There are a chatroom and forum where the developers can easily find the answer to their issue. The guidance and educational material can be easily gathered here.

It is compatible with the front end framework:

Most of the developers are familiar with front-end frameworks like Vue, React and Angular. The RoR is easy to integrate with these tools. So, the front end component can easily develop without putting in the extra effort.

The complex business logic in the web application can be easily implemented in Ruby on Rails. For instance, if someone needs API, then developers who use this framework can create the same. There is the only requirement of adding the front end framework. Finally, the web application is ready.

Ruby on Rails is providing a built-in mechanism. This guarantee that the web application which is developed is resistant to the following threats:

The disadvantage of Ruby on Rail:

No doubt ruby on rail is ideal for standard web applications. When it is about the app with unique functionality, the customization is hard. The database migration, configuring routing and other elements make a long process for creating the product.

The main expectation of the user from the app is about the quick load. For a successful application, runtime speed and performance must be good. Runtime speed is not suitable for ruby on rail. It is suitable for small apps with huge traffic but for a solid project, there may be an issue.

The customer’s money is development time. The cost is directly proportional to the consumption of time development. With the speed with which Rails websites are modified and built, less is the requirement of the money. As it is open-source, there is the absence of licensing cost.

As compared to PHP, Django for Python, this technology is not widely used. Any developer who is a master in Ruby on Rails also knows one or more programming languages. The hiring of RoR developers might be challenging for many companies.

Future of Ruby on Rails:

In the field of web development, everything is changing at a fast rate. Due to the integration of new technologies, there is always an upgrade in the field. The important thing is that Ruby on Rails is more than 15 years old.

The current version of Rails is exceeding the previous one which includes the Zeitwerk. There is also a support of multiple databases and the test could also run in parallel. These new features are helpful to remain up-to-date.

From e-commerce platforms to many other fields, Ruby on Rails is used for developing web applications. It offers fast application delivery, efficiency and scalability. For many web application development, this framework is a perfect solution.

At Sridix Technologies, we are providing a cost-effective service with experienced RoR developers. We understand the client’s requirements well and provide on-time delivery.

Sridix Technology is a service-based mobile application, SEO service, Website Design and Development Company in Surat, India. Founded in 2016, the corporate provides custom Enterprise, Web, Mobile, Cloud & Analytics development services. The team of Sridix is headed by technology professionals from Top B-schools, having 3+ years of experience Within the technology arena.

Why not subscribe to our email list? Get the latest design trends and industry news in your inbox.

Open chat
Sridix Technology
Hello,
Can We help you?

GET A FREE QUOTE NOW, JUST ENTER YOUR MOBILE NO.
WE WILL CALL BACK YOU SOON...